Can you get back to doing something after four years break? Well before jumping straight into it, I feel like I own you a bit of explanation there... But I am not sure I can provide one;) I vividly remember feeling personally neglected whenever some of my favourite bloggers would vanish like that... And there is that pinch of guilt when I get a notification of someone new following me on bloglovin... Anyway, I hope you're not too bitter with me.

The truth is, November 2016 was when I moved to London, taking what I felt was an opportunity of a lifetime(it wasn't;)). I will probably mention my London adventures in the upcoming posts. But my guess is you're not here for my personal or even work life. And if you are here to read about design... there is now so much more that I can share... Even though I wasn't writing I thought a lot of what I would blog about... For instance I have discovered american furniture designers that should go into design icons... for some reason never heard much of them before, back in Poland. At Academy of Fine Arts it was all about the European masters... Like Arne Jacobsen... Who is still in my "drafts"... And I feel like now, after seeing live his St Catherine's College in Oxford the post will be so much fuller. I will be able to show you my favourite hospitality interiors after actually visiting them... which is so much better then just re-posting... There are all the amazing exhibitions...That would go under "art" label... well that's on hold... And there is the whole new world of furniture, lighting and finishes that I came by in the past few years... Which gets me to why I actually stopped. Looking from the time perspective I think I was just overwhelmed with everything I have discovered. And there's the fact blogging is really time consuming... Now, three months into my furlough I feel like I finally can make the time... especially as  my #coronaabs are still not showing... why don't I focus on something that I can actually enjoy? ;) Also, being stuck at home I feel like I'm forgetting the language... so I'm going to try something I always wanted and have the English version of my blog. Well... I also don't have polish keyboard... and I am not the admin of the PC I'm temporary using. Excuse my grammatical mistakes... I will get there...
After this lengthy introduction, there is the pressure of picking the subject for my first post after the break... And I am going to go with rugs... But not really. The ones I have in mind are more of art pieces... or design objects. And it feels like I should start with Debbie Lawson.


I first came across one of her hybrids on Summer Exhibition 2018... and fell in love straight away ;) UK based artist creates wild animal sculptures emerging from the surface of traditional Persian rugs. "Hybrids" are made of chicken wire and masking tape. You can follow artist's Instagram profile where she sometimes captures how her creatures come to life. 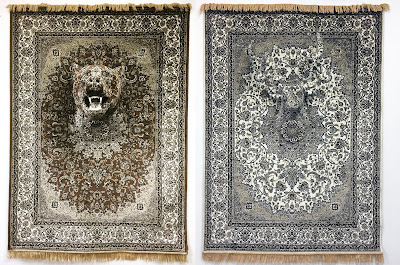 Another artist whose traditional carpet inspired pieces made a great impression on me is Kuwait born and raised Ali Cha'aban. In his works he takes from Arabian identity and pop- culture trying to merge both sides of his upbringing. "The Broken Dream" is a silkscreen print on Persian rug. He worked on other things that don't go under this topic but I recommend that you check out the guy's website. 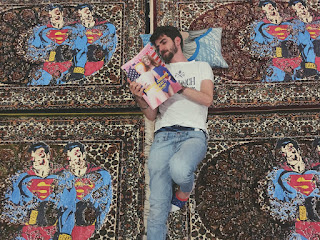 Next on my list is Faig Ahmed. Azerbaijani visual artist most known for his surrealist weaving. Best way to describe his carpets is they start leaking at some point... Ok. Maybe not best;) Have a look at the pictures. 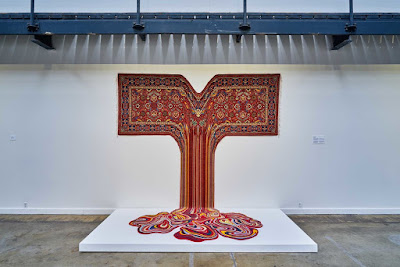 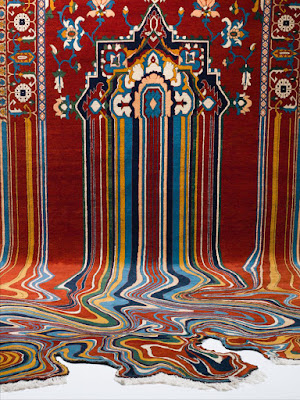 Sometimes they're distorted in a different way. Or have something "growing" out of them... All of them are mind blowing <3 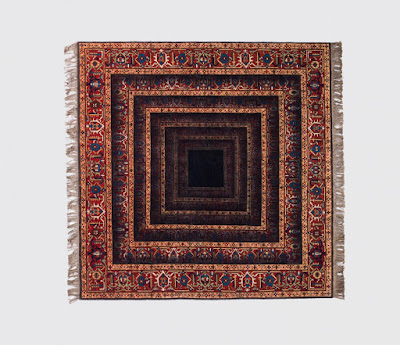 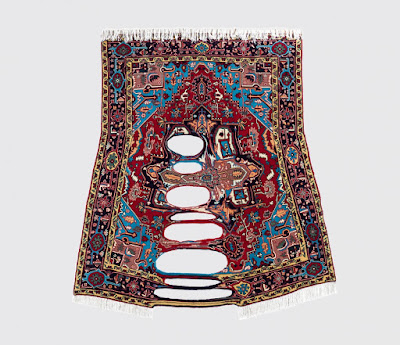 Similar idea but more on a commercial side was used by Dutch designer Richard Hutten (btw contemporary Dutch design is my other new obsession so expect more posts on that). It's still hand woven and takes half a year to produce it... but you can probably imagine a high resolution print. I wonder if anybody is doing that...? "Playing with tradition" rugs are part of I+I collection. 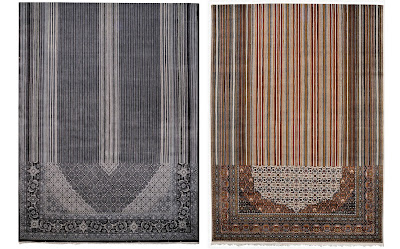 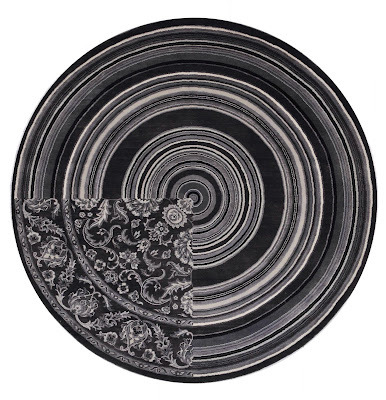 That's it from me for today. I probably should agree with you on the frequency of the posts I am going to be publishing... as it might make it easier to stick to it... but I won't... cause you know... commitment issues;) But hopefully see you soon! 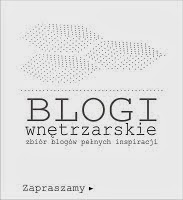